Buying Used or Refurbished phone: Which is okay for you?

Apparently, I am leaking some few secrets no Nigerian smartphones sellers can tell you. Though, it is not against the law but interfering with their marketing prowess. Well, you might have bought a used or refurbished phone and i believe you were not told which category (used or refurbished) it is. 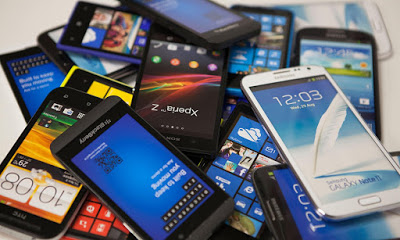 Buying a used or refurbished phone is usually a lot less expensive than buying the same phone new which sometimes take off 30% discount. But some people wonder whether a used phone will be reliable and okay for their needs. Few ask “Is there a difference between used and refurbished phones?”. Many opt in for used phones because of their low budget and desire to that smartphone brand. I can be a great fan to Samsung S7 but my budget is low beyond that huge price. Then i might conclude by saying “Let me wait till the used ones come into sale”.

A used phone has been used by customers. Sometimes they are sold depending on their wear levels (how neat or scratchy). Used phones might be returned just because it is getting old, change of mind, worn out or the owner wanted a newer phone. It is sold as it is. Sometime, they are referred to as “clean & direct UK/USA used phones”.

When you open the back of any used phones, you should not see any sticker. This means that they do not come with warranty from the seller. It is just like counterbalancing your device( mostly the one you bought as new) for the other.

In other to spot refurbished phones, when you remove the back you should see stickers (sometimes red) indicating that it has been damaged and prone to damage. Also some of the stickers indicate warranty and company that sells the product.

There is a slight difference between the prices of used and refurbished phones. A refurbished phone is less expensive than a similar used and new phone. Many people buy used or refurbished phone as an affordable way to replace a cell phone that has been lost or stolen. For a refurbished phone, it is possible that the phone has a defect that will cause a replacement part to fail for the same reason that the original part failed. And this is why warranty is involved. Though every other phones, used or new, can become faulty.

A used phone is still worth buying if the price is okay, but in such a case it becomes much more important to examine the phone before purchasing. Make sure that the phone works properly, and be aware that it could cease working again at an inconvenient time.

They are nearly as reliable as new phones and often much more affordable. Make sure that the phone works properly, and be aware that it could cease working again at an inconvenient time. If you would go for used phone, it is better! And for refurbished phone, it is cheaper, more like new phone, new case and battery.

2 responses to “Buying Used or Refurbished phone: Which is okay for you?”