What Next after buying Android Smartphone?

Now that you have acquired that cute baby, smartphone (Android), i hope you feel so good! If you are yet to buy a new Android smartphone, you should check few things to consider before buying it. Proceed if you already gotten your device with you. You are reading this post because you want to know what next with your new Android smartphone. 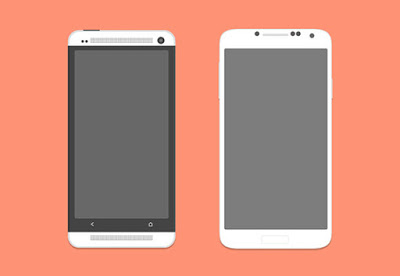 What Next? Probably your new Android smartphone should be empty without your favourite customization. Normally, Android new phones are preloaded or pre-installed with manufacturer’s apps. For Samsung users, you would see “KNOX, My Wallet, Samsung Apps, S Planner…”, For Tecno, “Assistant” while other apps are either sponsored or user’s favorite. They are “Facebook, WhatsApp, Hangouts etc.”

In this post, I have listed few important what next an ardent Android fan would seek for his/her new smartphone.

Glass screen guard are indeed saviour to our breakable touchscreen. It has reduced the intensity in breaking your device touchscreens. It is not a guarantee that your phone would not get cracked when stepped upon or fall off height. Don’t wait till money comes instead go look for attachable screen guard for your phone.

Pouch on the other hand prevent direct shock to the phone. It can save your device case from hitting directly on the ground. Your phone remains newer everyday.

Take a glimpse at Microsoft PC. Software that require Microsoft .NET framework won’t install unless .NET is installed and updated. The need to update these Google apps especially Play services arises from the differences in manufacturer’s releases and shipment. We know that Android developers don’t joke with releasing app updates. So if your device has Play services version 8.x.xx but your Gmail app needs version 9.x.xx and above to run smoothly. You update it.

Adding your Google account doesn’t mean to read and send emails. Like I do, I create backup of my contacts to Google contacts – meaning, all my contacts are stored on Google server. I may not know what exactly happen to your former Android device. You may decide to restore all contacts stored on Google, sync mails, load browser’s data and saved locations.

If you are yet to store contacts to Google, you should probably check some of my earlier posts – Google contact better than MTN Backup and how to recover contacts in a simple click.

Even Android phones that come with pre-installed WhatsApp also need updates. You would need to update these apps owing to their constant bug fixes and improvements. For continued access to WhatsApp, one must update to its latest version. These apps offer great features like change nicknames on Messenger, WhatsApp text formatting – bold italics and strike-through, playing games on Messenger, Facebook reactions and so many. Without update, one could hardly engage oneself with them.

What about WhatsCall? WhatsCall lets you make calls ,both local and international, free of charge. Installing WhatsApp now give you extra option to save airtime cost. Learn more about WhatsCall

This app would force these activities to be stopped. It is a must have app for new users.

These multimedia apps does not replace your device stock app. They add extra functionalities:

These few lists are quite important. You should check on them

One response to “What Next after buying Android Smartphone?”