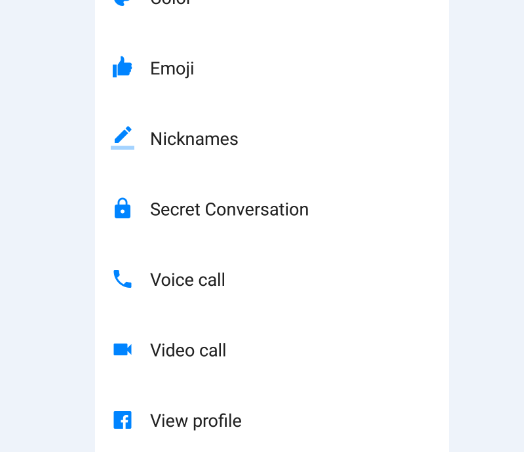 The year 2016 has been a massive improvement for chat security. From WhatsApp end-to-end encryption, Allo messenger and now Facebook messenger secret conversation. it has become a matter of advocating for user’s privacy over instant messengers.

Secret conversation allows friends to encrypt their chats over their current device. Here, you have to setup what device you want to configure for secret conversation. It is not a matter of having encrypted chats on Messenger app and browsers on PC. It works only on messenger app.

When you turn on secret conversation for Facebook messenger, your chat will be encrypted from your device to your receiver’s device. Your chats become safe with both partners. Also, you can as well decide to make your chats disappear from both sides – You and your receivers, using the timer.

The timer has a stopwatch icon at the right side of your messenger. You would decide what length of time your chat will stay before disappearing, from 10 seconds to 1 day. Once your message has reached its expiration, it will become blurred which is almost hard to figure out.

Just like WhatsApp end-to-end encryption’s verification code, messenger also has its own device key which you can compare with that of your receiver’s. Note, your secret conversion is different from your actual conversation. When you turn on secret conversation, its chat will be created alongside your earlier chats. You now have two chats with the same receivers.

To used secret messenger for Facebook messenger, you have to download its latest version from Play Store.