Battery drain is common on Android phone models more especially for low level Android smartphone users. But excessive Infinix battery drain can be as a result of few things discussed in this guide. 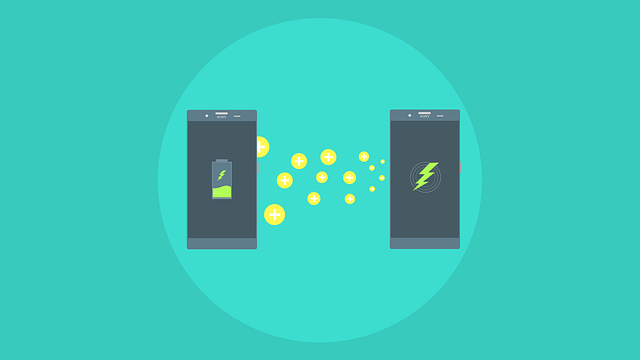 Low level Android smartphone users simply means those that has limited control over their Android phones. They are neither on root, Xpose nor custom ROMs. Advance Android users can manipulate their battery, CPU and control access using some tools like Greenify, CPU Manager, Root manager under Xpose Frameworks

Batteries either become bad or damaged either because their lifespan has efficiently been utilized or messed up so quickly. For the case of less than 12 month Infinix battery (or any Android battery) being bad or damaged, it is either that it is a companies fault or owner’s fault.

On 80% cases, it is definitely owner’s fault. Here is why

Exposure of the battery to electric current when fully charged is a great coincidence to rapid battery damage. One doesn’t need to keep one’s phone plugged to the electric socket even when the phone keeps saying “Charging completed, please unplug the charger”.

It is a clear caution that leaving the battery overnight in order to fully get over charge is a bad practice. Also, constant charging is a bad practice especially in a region of scarce power supply.

Using of under-rated power banks is not always recommended. If one’s battery capacity is 4500mAh, using a power bank below 4500mAh indicates an overloaded or under-powered charge. It is like forcing a 5 years old kid to lift a 15 year old teen.

How to avoid damaged battery

Unplug phone from socket immediately after fully charged
Use battery up to at most 20% before another charge. Repeated charging above 50% is a bad battery practice.
Use power banks that are at least twice more than your battery capacity. If your battery capacity is 4500mAh, buying a 10,000mAh is will be a good one.

Just like we earlier mentioned “Use power banks that are at least twice more than your battery capacity”, chargers have ratings. But these ratings are quite complicated to normal phone users. You might need to check how to know battery ratings in our guide here.

Meanwhile, phone manufacture’s ship phones with their compatible chargers. You can check the ratings on your charger before buying a new charger. This makes sure that it gives the same amount of voltage to your battery. Low and high voltages to batteries are disadvantages to them.

Be careful of cheap charges, they are not too cheap to mess around your precious battery. You may not be able to get an original battery from your phone manufacturers because almost all batteries on sales are from different people – businessmen.

How to fix incompatible Infinix charger

Good batteries can start to misbehave when a wrong script override their initial scripts after system updates. This is simply a normal update bugs especially on beta system updates on Infinix.

How to avoid battery problems on Infinix System updates?

Avoid quick action to update to beta system updates. Beta updates are still prone to bugs – they are released just for testing purposes unless you really want to test.
Go for stable system updates with change logs that treat earlier bugs
Make sure to backup your original stock ROM before upgrading to newer updates.

1. Infinix battery overheat even when not using it

If the battery is either dead, above normal temperature or charging I.C is bad, then your battery is 70% chance to overheat when not in use.

Your battery will also overheat when in use if

The quickest way to charge one battery faster is through

You are either using a wrong or low capacity rated charger or your battery is becoming bad. Find a better charger with the right ratings.

I cannot type well while the phone is charging

The current is not consistent. Simply change to a different electric socket. Do not plug your phone direct to wall socket because it has less control over how current enter your charger
You are using a bad charger.

My Android Battery Drops While Charging, not charge, discharges

Click here to learn why battery drops while charging

Do not use the phone while charging. It has both health and battery challenges.

My infinix note 3’s battery drains excessively.It hardly stays on for more than 5minutes when it reaches the 59% percentage mark before it goes off.
What can I do?

take your device to a specialized technician

My infinix note 5 lasts tho but not enough, right from d day i bought it nd charged, it 4,500 . I feel it meant to last longer wat can I do pls

Hello Rita, I am afraid i didnt understand you well

my infinix hot 4 pro goes off or drains very fast when the battery percentage reaches 65% or sometimes 50%.
please what should i do?

You might need to discharge your battery to 0% and start to charge it full. Visit a nearby phone technician near you to help you with that

My infinix note 3 is giving me trouble even phone technicians doesn’t know what to do again, I have changed the battery more than 3 times it still goes off and drain to zero percent. So no solution to this or what please

You probably need to change technician. If this issue is panel, then you have no other option than to replace the panel or buy a new phone.

My hot note goes down while charging instead of climbing up. Took if to the technician and they say it the charging system,later it the board. Have things on the board that I dnt want to lose,so how can I repair my phone.

You can back up your files and things to your memory card.

hey i got a problem with my infinix zero 3 where one day it turned off and stoped charging or atleast the phone is showing the charging animation so i once smacked it 5 times and it opened i placed it on the charge and turned it off then i 5 minutes later came to check the phone was so hot even tho im not playing and my phone haves nothing on it then it turned off and stoped charging then another day i smacked it and it opened and over heat fast so idk is it my phone or the battery what do u think should i replace the battery ?

Hello John, the first you might need to do is to go find a technician to take a closer look on your phone.

My hot note doesn’t turn on. Infinix logo flashes a few times and then it goes dead. But when plugged in to a charger it turns on runs OK.

Can I change my infinix hot 4 battery, my phone shuts down on it’s own if I want to take pictures

Yes you can. Take it to a specialized technician

I have infinix note 3 pro, for last few days it has been draining 25 of battery when not in use. I leave the charge on 50 percent and wake up and find it 20 or 25 percent. I never overcharged its battery and always use original charger. I restored factory settings but the problem is still there. Any idea /solution??

Hello Khalid, it is a pity that you’re experiencing this issue. Meanwhile, there are many factors that could result to over drainage when a device is inactive. It could be wrong updates, too much charging.

The best recommendation for you now is to visit a specialized phone technician to check your phone perfectly.

Please take your phone to a specialized phone technician.

If your phone has data network enabled, then it is bound to drop to some percentage.

If there’s no data enabled, it is also bound to drop because your device requires battery to power on till sunrise.

In order to reduce the discharge, turn the phone off or put it to flight mode.

Please my infinix hot4 pro won’t charge fast even after changing the sub board it will indicate 28hrs to charge till full and even when I leave it for ever it won’t go beyond 46%, and the battery is still new and it drains my battery fast even when switched off. What can I do please

Kindly take your phone to a specialized technician

Hello… My infinx note 4 … On the other hand shows me “battery temperature too low” and when it trips off, it wouldnt power on till after days… I have change d the battery once… And the case is same….

Secondly the minimized apps cant be clared completly… When cleared, I press the minimizing botton only to still see them there…

My infinix hot 5 pro always goes off whenever the battery percentage has dropped to 35 to 30%, please, what can i do?