How to take 360 degree panorama photos on Android Smartphone

360 degree photos are like merry go round photos. In a single shot, one can take a complete view covering both front-rear and left-right sides in a continuous scene. It is an interactive static photos. 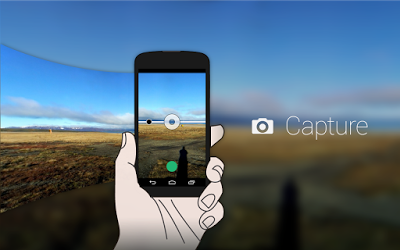 The technology behind this is what they call panorama. Panorama has been existing in Android stock camera app but in a limited 180 degree.

There are many apps that take 360 degree panorama photos but I would particularly pinch on a third party Android app called  Panorama 360 FB Share.

Panorama 360 helps you share a 360 degree view from your moments. You can join community of users on Panorama 360 to share moments of panoramas. It is a free app

To take 360 degree photos on Android, download Panorama 360 from Play store. Your device should have a cardboard on default unless you use a custom ROM. Cardboard lets you navigate how your panoramic photos are captured. Just go ahead and install Panorama 360.

After installing the app, tap to open it & tap on the camera icon. Make sure you hold your device in upright position and then tap START. When a view is taken, follow the pointer to capture another view. Continue this rotation untill you fall back to your initial view.

What next? Wait for your static views to be stitched to form a panorama.

Every 360 video in News Feed is recognized with the 360 logo and a heading indicator prompting viewers to explore the scene. These features let your followers know there’s a whole 360 degrees around them to experience.

I hope you find it useful.