Xlauncher is an Android home screen replacement or what we commonly refer to as Launchers from Infinix mobiles.

The Xlauncher came as a default launcher for Infinix smartphones running XUI and XOS builds.

For the case of your Infinix phone displaying “Unfortunately Xlauncher has stopped“, it is a normal malfunction (bugs) from your Xlauncher. You don’t need to panic much whenever you see such message on your device screen, it happens in most apps.

Why does the message, Unfortunately Xlauncher has stopped, shows?

Just like I have mentioned, it can be a bug, insufficient operations to handle requests from installed apps or too many cached data on the launcher.

This happens mostly especially when the launcher is still in test mode or its beta version. Here, the launcher is bound to experience  malfunctions as a result of not being equipped with maximum response. The only solution here is update.

Too many stored data on the launcher?

This could be referred to as data overload. Stored data include settings, data, configurations and sometimes cached files.

The more your interactivity with the launcher, the more data it stores to itself. Some people will recommend that one should clear data and cache.

How do I fix this xLauncher has stopped on Infinix?

This has continued to be headaches to users of Xlauncher. There was a particular message I recently received from one of my readers as you can see in the image below.

To access apps from Settings, App drawer and some frequently annoying pop up. We have carefully addressed some good measures to fixing this Xlauncher has stopped issue.

We have seen assurances on forums that Infinix teams will fix the issue but we are not too certain about that. Check which method work best for you below.

Play Store has tons of better launchers you can choose and most of them are free. This method is especially for those people that cannot access their Apps under Settings > Apps. All they need to do is, head over to Play Store and download launchers like

After installation, tap the home button and chose the newly installed launcher as “ALWAYS“. When you are done with this, check method 3 for the final tweak.

Clearing your launcher or any app’s data and cache removes every trace of past activity from your device. It looks exactly just like it was when newly installed. To do this, I expect that you can now access your apps through Settings. If not, check method 3. 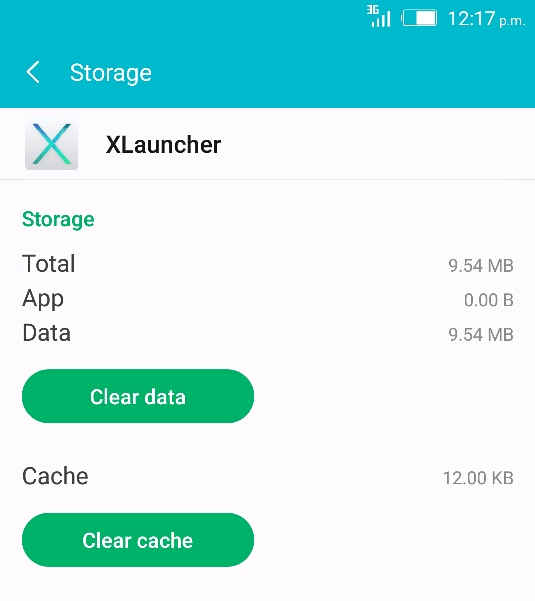 Now, open Settings > App > ALL. Gently look for Xlauncher then open it. You have two options to clear Data or Cache. For this case, we clear the two. If none of this work for you, then check method 4
Method 4 – Hard Reset
I’m always afraid to advise someone to hard reset one’s Infinix smartphones running Android 5 and later. Can you guess why? You will definitely be stuck with either two or one hefty problems. They are;
I strongly believed that out of the above three methods, one will surely work for you. If you decide to hard reset, you are more likely to face Google Account verification process or Anti theft privacy protection password.
If you are bold enough to try hard reset, then you should either check my posts on
So far so good, I hope this post has been worth reading and worth relieving. Don’t forget to rate this post.

I have updated, cannot access apps,play store,or storage. it keeps giving the response of unfortunately setting has stopped.

Bro, mine will display xlauncher has stopped
Then the phone reboots and get stucked at the XOS boot logo.

Bro, mine will display xlauncher has stopped
Then the phone reboots and get stucked at the XOS boot logo.

Dude, all these methods are good and all, but the problem is my phone ain’t even allowing me to access any app on my phone, Just says Unfortunately X-launcher has stopped working
If I go to settings, and click apps, Unfortunately Settings has stopped working will pop up
So getting a third party launcher ain’t even possible , cos I can’t download suit
All these problems started just last night , when I decided to upgrade my Launcher
Pls o , can you help me

Mine is the same problem with Evans

My Infinix hot s was displaying error message “XOSlauncher not responding” for a whole day until I tried your third method above it now works perfectly. Thanks for sharing.

Good to hear from you Takyi

Thanks for your help it has helped me,my phone had frozen for three days but when i googled and found your advise it helped me with in no minute,i used step one,it really saved my money and time.
Thanks for sharing and being kind,i can now also do for someone else who might encounter the same problem.

We’re glad it help you 😉