The 2000 Nokia 3310 model has notably been referred to as the iconic phone. It might not be because of how great and smart it was but the nature of it.

I happened to use the old Nokia 3310 and could be able to figure out what it did and how it was.

The old Nokia 3310 has been re-branded into a 2017 model. One would say that it is not an upgrade of the old model but an official clone of Nokia 3310 to tender the feelings of its earlier users.

In this post, I have compared the two devices in their overall features.

Some of the recognizable features of this model are;

It could mistakenly be taken as a weapon. It is quite heavy and very firm to hold. Although, the outer case is plastic but the inner case is quite thicker like a stone. What could you expect from an earlier phone?

The screen is just a black and white screen. The screen resolution is not wide. On the screen, you have two long sided (left and right) four bars. The left bar indicates the network level while the right indicates the battery level. It is just simple screen without no special effects.

The battery is marvelous. The size is comparable to its weight. A complete charge can take you to days. It is one sim!

Games? The only game I could remember is Space Impact! That was the best game of the time. Space impact is a space mission game. You battle with the boss after you must have dealt with his boys. It was awesome.

When it comes to sounds and vibration, the vibration can move mountain. 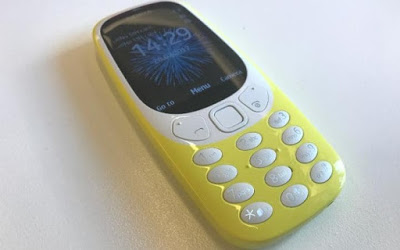 It is slimmer, brighter and looks way more fragile. The new screen is larger and displays color.

It comes with a camera! And a flashlight! It has a support for MMS. It has a two SIM support also. It also features an Opera browser and an app store.

You can play games like Asphalt 6. A micro SD card can store images. Battery life may last up to 22 hours and a month on standby mode.

Watch this video from CNET below