When you talk about smartphone, you refer to its operating system with addition to its variety of features – processing power, graphics rendering, body, touchscreen or touch + keyboard and many more. 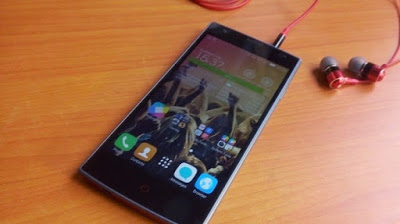 It is obvious that the most popular smartphone in the US is either Apple iPhone or Samsung. This is because they understand their own view about smartphones and their uses. They may consider about their high end features when you talk about graphics, hardware versatility, standard support from manufacturers, global marketing without minding the costs.

But here in Nigeria, I started using Android smartphone within the first quarter of 2013. How did it came about? Samsung, HTC, Blackberry were too high for my budget. I bought Tecno N3 because of its low cost and yet it still served me same few functions offered by these hot price phones.

A quick study on MediaTek vs Qualcomm alongside Android tells that greater percentage of Nigerians opt for only two options. They are affordability and durability. None of these Qualcomm smartphones (especially Samsung and HTC) has offered what Nigerians really admire from them unless the inception of MediaTek smartphones in Nigeria which have shown us that some products are specifically meant for some specific regions.

Nigerians are really worried about charging their smartphones owing to poor electric power. They need something that can at least take them on 18 hours both call time and data use and not something that requires multiple charging in a day. And some MediaTek smartphones; Tecno, Gionee, Infinix have shown them that there’s still hope.

Affordability? A typical Nigerians may jettison your idea of buying a smartphone over a hundred thousand Naira. One would calculate the actual worth of your phone into a building expense. These MediaTek smartphones are really affordable and still provide the features offered by others.

Two drawbacks in Qualcomm are;

Two drawbacks in MediaTek are

Despite these setbacks in MediaTek smartphones, they still stay at the top of the table in Nigerian mobile market. Why? Tecno, Infinix, Gionee,iTel, Innjoo and among others are African specific products. We stay in tropical and temperate zones, that is why we experience hot weather during its time.

When the temperature becomes high, there is a tendency that your phone becomes hotter as a result of non-adaptiveness. This usually occurs in Samsung and HTC phones. But as in Tecno, Infinix and rest; physical entities have been measured and calculated. That’s why it is hard for MediaTek phones to go hot during normal use.

One major advantage of Tecno, Infinix,… over Samsung is their durable battery. I guess you have felt this before. We don’t care how your graphics pop as long as we have better photos and long lasting battery, we are OK – That was a response of a fellow Nigerian.

In conclusion, there’s no way Samsung, HTC,… will reduce their device graphics and price just to fight the battle of mobile dominance in Africa. They have tried with Duos version but the case still prolongs. As for now, you are a VIP member if you rock Tecno L6,L8, Infinix Note 3 Pro, Hot 4, Gionee M5, M6 and more good MediaTek brands.