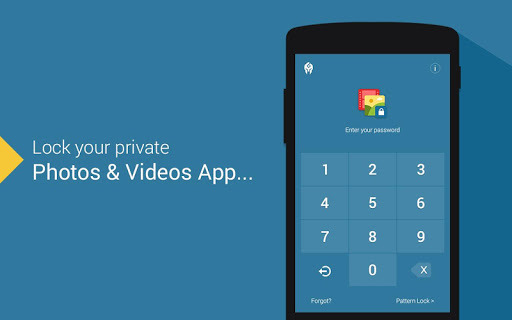 Almost all Android App Locks are vulnerable to Pro Android geek. App Locks enable Android users to apply a security layer to their devices, which locks and hides the SMS, Gallery, Gmail, social apps and other third party apps.

It is true that App Locks put you on the control over your photo Albums, videos and other apps but it is useless to us.

When you add files to be hidden, these files won’t be encrypted, rather they are hidden in the file system of your Android device and not the one assigned to the AppLock app – SecuriTeam.
With this, anyone (your friends, colleagues) can access those files by installing a file manager on the device with simultaneously replacing some files in the directory.
I would be writing on pro tricks to bypass any Android app locks on photo albums and videos. This post is not targeted to breach privacy but as a awareness to existing app lock fans. It is a moment of sit up.

Why do I want to share these pro tricks to bypassing app locks on photo albums and videos?

But it is a different case when it comes to media files like Audio, photos and videos. Media files are generally for entertainment. Friends borrow ones smartphone in other to get entertained swiping over snapshots, cool videos and latest songs. So why would you restrict that moment?

How to Bypass App Locks on Photo Albums and Videos

App data includes all files, settings, information about your app. Since app locks take in PIN or pattern inputs from you the installer, they do not integrate it alongside Android’s security lock (which is usually removed through factory reset) instead they create those app lock settings into its own domain in its file system.

Clearing app lock data will delete all those your pattern or PIN locks, locked apps and files. A simple pro trick your friends and colleagues will do is to clear your app lock data. But it is too sensitive because you may be confuse about what happened to your app lock pattern.

Find which app lock a friend is using, then head over to Android system settings. Follow this path – Settings > Apps/Application manager > App lock. Tap on “CLEAR DATA” and confirm by pressing OK. You can now simply go back to Gallery.

You can as well test this on your existing app lock.

.nomedia file is an Android system file for storage memory that disables media on any given path. It is a hidden file which can only be seen when you toggle on show hidden files on File manager.

Although, this has seemed to be the most effective way to hide media files. Here, you exactly know which folder to hide whatever media file. It can be inside up to 10 child folders. Nobody knows where they are hidden.

When you add “.nomedia” on your DCIM folder, your photos and videos become invisible on Gallery. In other to break this, one has to delete that same “.nomedia” file you added earlier.

When someone takes your Android device to send apps, he/she may install other File managers to spoof your locked files. Some of these file manager can view media files. So when they install it, they will be able to reassign default media app to it.

Even if they cannot change the default media app from Gallery to their installed file manager, there is another alternative. They can quietly clear default app preferences.

Ultimate Anti-dote to gaining back your privacy over your files

In other to take control of your privacy, you must tweak whatever app lock you are using.

If you have watched closely, I lost balance trying to compromise either party ( App Locker and Media Spoofing). It is an intended testing.

Tell me how you feel about this and as well contribute.

Greatest trick. You be genious boss. Permit me to share this.

I wish i have a guru like you here. Where do you stay amobi

Nice guide bro, this is my first time coming to your blog and I must say, you're really doing a great job here.

With this guide, I can bypass any app lock. Thanks